KITCHAWAN, NY – Joined by Julie Tighe, President of the New York League of Conservation Voters (NYLCV), Yorktown Supervisor candidate Matt Slater laid out his plan to make Yorktown a Climate Smart Community.  Slater has already been endorsed by the NYLCV citing his involvement in several crucial conservation projects in the region.

“I’m incredibly proud to have earned the New York League of Conservation Voters’ endorsement,” said Matt Slater.  “I believe if we are serious about combating climate change and protecting the natural beauty of our community, then our town government must lead by example.”

Julie Tighe, President of the New York League of Conservation Voters, said, “As Washington continues to roll back environmental protections, local leadership is more important now than ever. One of the ways that towns can make an impact on the environment is through achieving Climate Smart Community certification. With Matt Slater’s pledge to finally achieve CSC certification and give Yorktown a fresh start, Yorktown is poised to be a model that other towns can follow in our fight against climate change.” 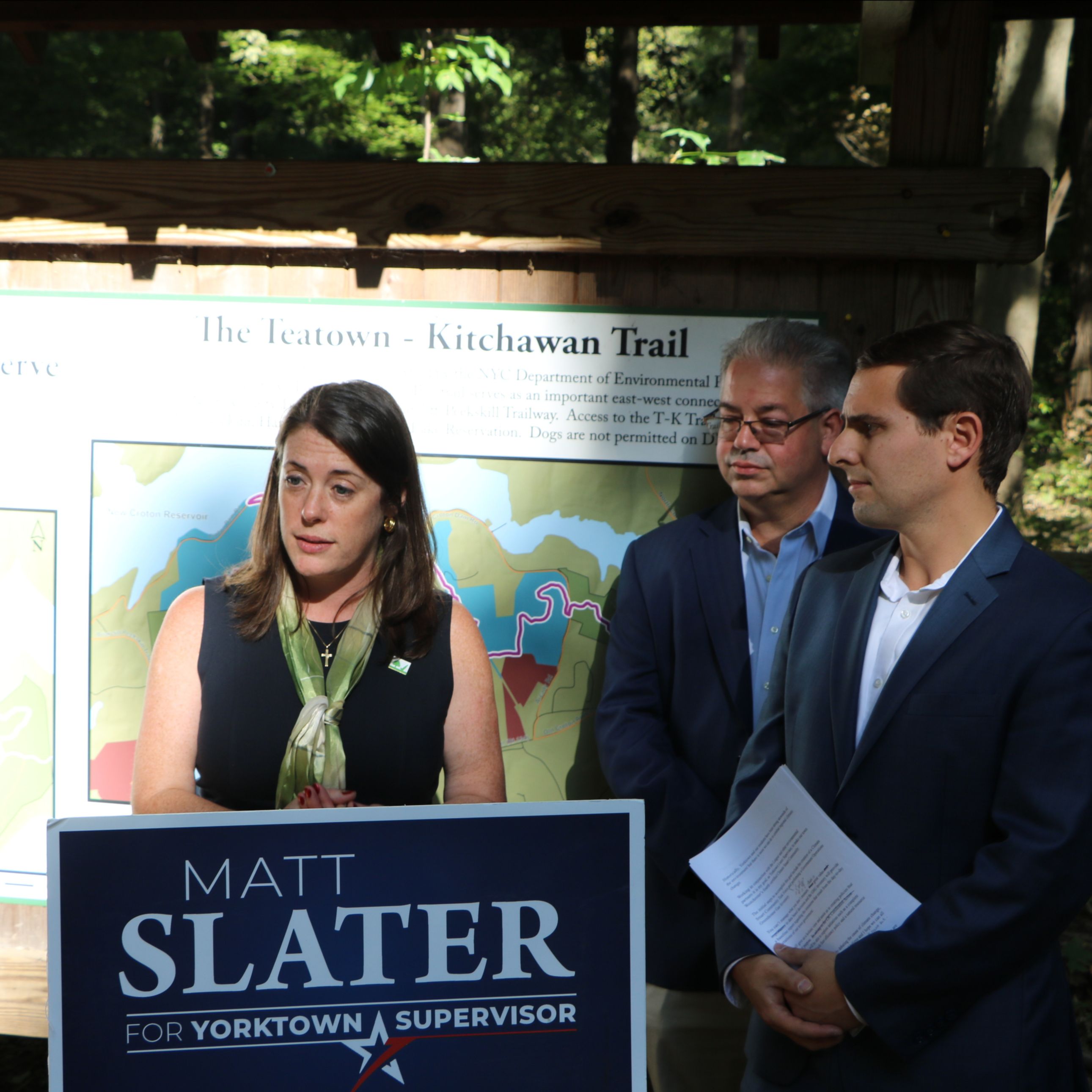 Becoming a Climate Smart Community means participating in a state recognized and supported program that helps local governments take action to reduce greenhouse gas emissions and adapt to a changing climate.  Many of the priority projects associated with the certification process qualify for state financial assistance.  There are 35 participating communities in Westchester but only three that have been certified.  Yorktown took the first step by passing a resolution on December 8, 2009.

Slater says under his leadership the town will establish the required Climate Smart Communities Task Force within his first 30 days in office.  This is the first step in the certification process and would be followed by a Government Operations Greenhouse Gas Inventory.

“Science is clear.  Climate change has had an undeniable affect on the world in which we live and the town we call home,“ Slater said.  “Nearly a decade ago, Yorktown first attempted to confront this problem but we will pick up where they left off.  By becoming a certified Climate Smart Community, we will take real action to ensure that future generations will be able to enjoy the natural beauty of our piece of the Hudson Valley.”

Earlier this year, Tighe and the NYLCV led the effort to enact the New York State Climate Leadership and Protection Act which will make New York a national leader in the fight against climate change.  Through their work, this new law sets statewide goals for greenhouse gas emissions, reforestation, wetlands restoration and investment in renewable energy.